This blog is meant to give a basic definition about the wingtip vortices and to give a sense of the lifting-line model of a finite-span wing.

Tip vortices and down-wash generated behind an airplane are shown. 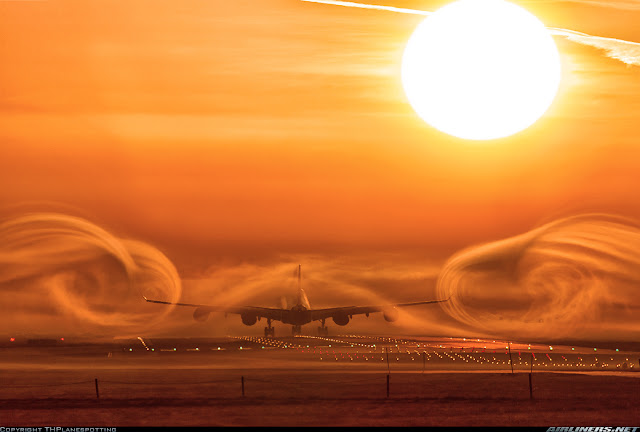 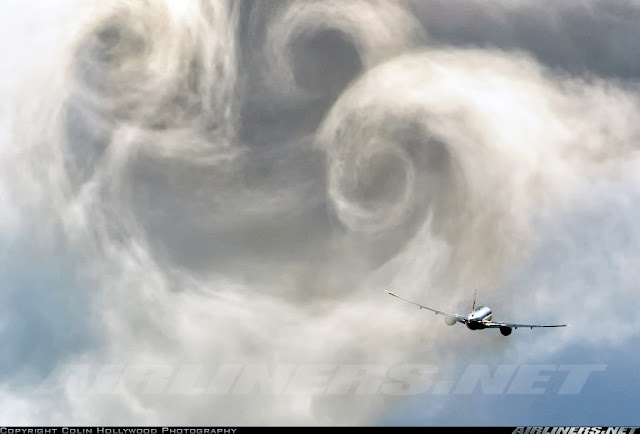 You may see on the pictures the tip vortices that are visualized by the clouds. On the second picture, there's a plane shortly after take-off, very high angle of attach, so there is a very huge lifting force of course, and you can see the vortices generated and their mixing in the air with the upstream and downstream flows.

Another picture of an agriculture airplane of which's tip vortex is visualized. Significant is the size of the vortex and its huge intensity, compared to the size of the aircraft. 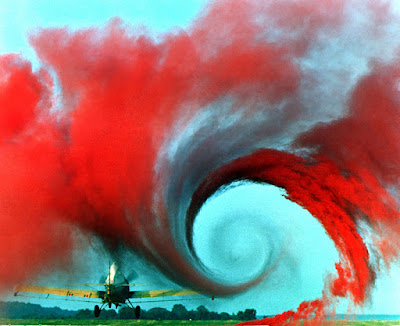 The following figure is showing the visualization of flow past a rectangular wing. Due to the pressure difference between the upper part and the lower part and the fact that the wing has a finite span, there will be a certain tendency of the air to flow from the higher pressure to the lower pressure part. We have counter rotation vortices at the ends of the wing. If I have a streamline at the bottom surface then near the wing tip it’ll be deflected as it’s indicted with the dashed line. On the other side, on the suction side, the streamlines will be deflected towards the fuselage. 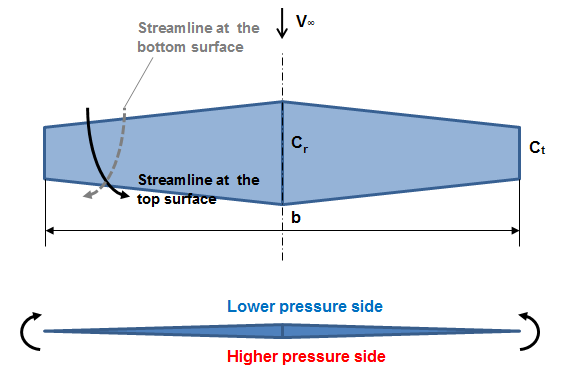 Initially it was very difficult to create a realistic geometric model of this type of the vertical wake so they came up with an idea; instead of taking this spiral folding, make our “vortical” wake behind the airfoil completely flat. It doesn’t mean that there will be no vorticity. It means that the self-induction is completely neglected and the vertical flow is assumed to be completely flat. It’s of course not true but we can build the model of the wing. 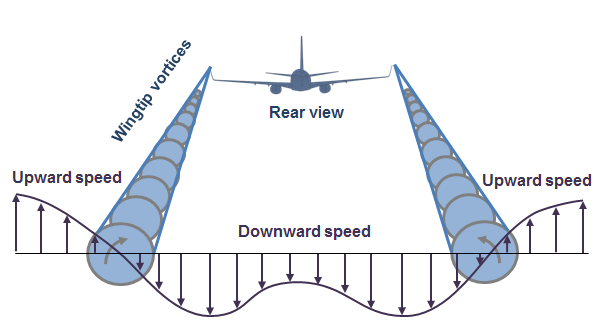 Flow past a wing is modeled by the superposition of the uniform free stream and the velocity induced by a plane vortex sheet “pretending” to be the cortex wave behind the wing.

The idea of Prandtl was that; imagine if we have infinitely many vortex lines, of which each of them has such shape as shown on the figure: 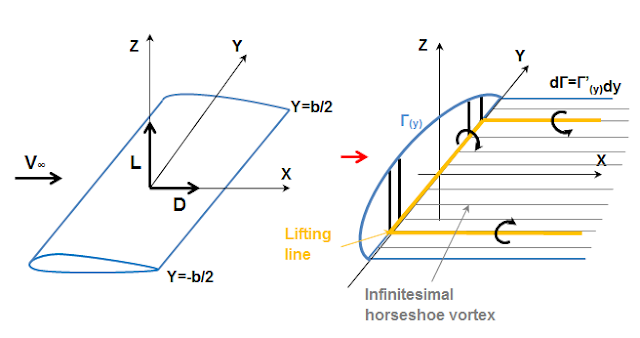 (It extends from infinity along what is called a lifting line, which completely replaces the wing and goes back to infinity.) These infinitely many vortex lines are overlapping along the lifting line. Beyond the lifting line they form a vortex sheet which is a flow-stream with distributed vorticity. Where they overlap, they create an infinitesimal contribution to "gamma" – dГ, to the total vorticity – Г(y). Since they overlap, Г will have a symmetrical distribution. Each of these lines is called a horseshoe vortex.
In other words, the vortex sheet behind the wing is “woven” from continuum of infinitesimally weak horseshoe vortices. These vortices are “attached” to the lifting line leading to a continuous distribution of circulation along the wing span. 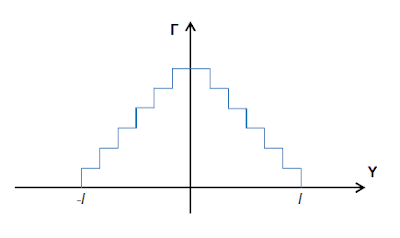 We’d like to calculate the velocity, induced by this vortex sheet along these lines. Each of these horseshoe vortices induces a certain velocity distribution along y line, which is completely vertical, which means that higher velocity is in z direction. Next it is assumed that each infinitely thin slice of the wing generates the (differential) contribution to the total aerodynamic force as it were a 2D airfoil. Each slice “senses” its individual direction of “free stream”, which results from the real free stream vector V∞ and the vertical (normal to the vortex sheet) velocity induces at the lifting line in the point corresponding to the position of the wing slice. 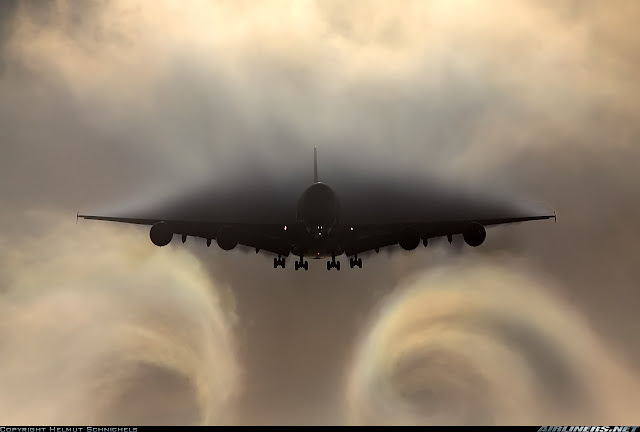 Posted by ddeakpeti at 4:04 PM

Email ThisBlogThis!Share to TwitterShare to FacebookShare to Pinterest
Labels: Aerodynamics

Word of the month:

I'm an Aerospace Engineering MSc graduate, holding frozen ATPL license, however I have a very wide interest in all kinds of Engineering disciplines.
This blog was launched back in the days to share my thoughts, views or other curiosities concerning Engineering and to find others in the same interests.
I try to ensure what I post is comprised of independently verifiable facts. Looking forward to your comments and feedbacks.
Further use of the posted material is only possible with the written agreement of the author.
Wish you a nice reading.
Peter Deak
ddeakpeti

All material published under the name of the author is his property or of individuals or institutions wherever indicated so, and is protected by intellectual property law. The articles and figures are free to download for own use only however none of the intellectual material could be reproduced, reposted or uploaded in any form.
Reference for further use must be always made with the written agreement of the author, later as ddeakpeti ©